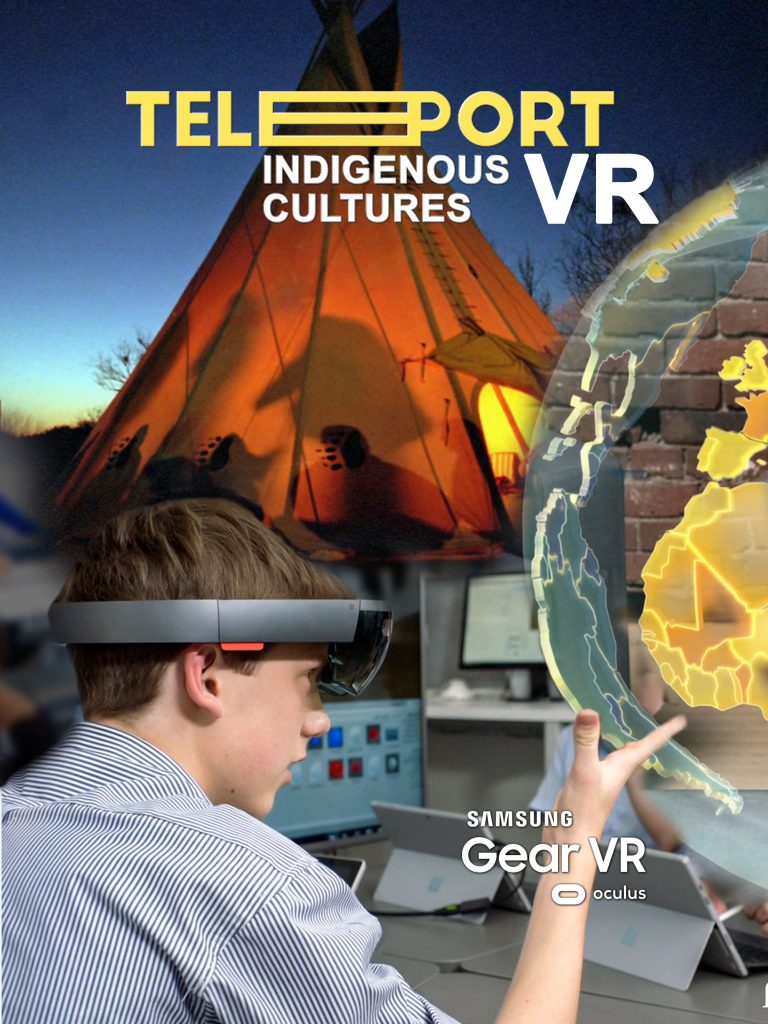 Virtual reality is one of the hottest tech trends to reach education. Not only does it allow students the opportunity to immerse themselves into a subject, but can travel the World from their classrooms! Now, with the advent of Virtual Reality, integrated with Artificial Intelligence algorithms as well as interactive subroutines, this project takes it a step further!

Concept: Imagine being able to teleport to numerous Native American and First Nations locations and become immersed in their culture, language and traditions. This is the first immersive virtual and mixed reality experience featuring an interactive and immersive experience with the American Native American, Australian Aboriginal and Canadian First Nation’s Peoples. Viewers will be transported to these sacred locations around the World and be able to interact in both Virtual Reality and Mixed Reality. Students will be transported to these locations instantly utilizing state-of-the-art 360 cameras.

We will select ten sacred locations based on the following criteria:

* Is it culturally or historically significant?
* Is it stunning or uniquely visual?
* How are these lands “sacred” to the indigenous people?
* Are there efforts underway to protect the significance of these locations?

A viewer will start from a spinning 3D global map and be able to select various locations around the globe. Once a location is selected, the highlighted area on the globe will highlighted and the experience will start.

* The viewer will be able to fly over a location in 360 VR.
* The viewer will be able to look down and land onto the location and glance around.
* The viewer will be able to interact with elements within that location and video, audio or imagery educational in nature will be displayed.
* The viewer will be scored based on how well they can answer questions about this location once they leave it.
* Scoring A.I algorithms will be used to adjust each additional experience the viewer undertakes. Learning from that viewers preferences based on where they look in the experience and items they interact with and order they interact with them.
* There will be Virtual Reality version built to work on Google Cardboard or Samsung Gear VR Devices. interactive elements will be “hotspots” using X/Y coordinates selected by a viewer in the 360 spaces at a given time during each video experience.
* Part of this project includes showcasing this experience to students in the greater El Paso, Texas area at FabLab ( downtown El Paso, Texas ) once a month at no cost. Additional screenings can also be shown to students in classrooms as time allows.

1. The filming of 360 VR drone footage as well collecting images and video for the interactive elements.
2. 3D rending of “teleporting” character. This character will appear when a viewer scores points for successfully completing an experience.
3. Programming a VR mobile app version for Google Cardboard and Samsung Gear VR. This VR app.